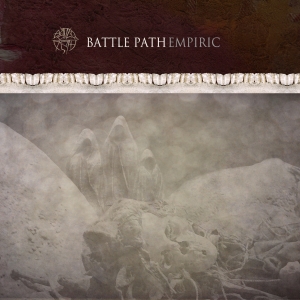 A recent release out of Murfreesboro, Tennessee, Battle Path play an amalgamation of various extreme metal subgenres. As evidence by the shrieks, moody atmosphere and fast-picked buzzing, the overarching influence is black metal, but the band gives so much attention to other influences that this EP has something for every metal fan, unless continuity is your thing.

Mesmerizing and pounding, the opening track fits right in with the current state of non-traditional black metal; swirling tremolo riffs mix with slightly punkish drums to create a landscape over which vocalist Todd Harris can unleash his piercing rasps. And just when you find yourself in the abysmal groove of what the band offers, they quickly dive into a doomed breakdown that transitions into atonal explosions reminiscent of an American Deathspell Omega.

“Closer,” the second song on Empiric, is less diverse as it turns into a fairly-straightforward piece of D-beat served up USBM style, but the real mindfuck appears on penultimate track “The Waiting.” And does it ever leave you waiting. It’s a completely unexpected changeup where the previous speed drops to a painfully slow funeral dirge. Mediating over mournful riffs for seven minutes before the eulogist appears, the stark shift isn’t unwelcome, just unsettling. It leaves you guessing where the band is heading next.

The final track “Silence” is anything but. It picks up the pace once more and speeds you to the end of your complex, winding journey, where you quickly realize the dirty guitar tone and straightforward drumming had become close companions. Battle Path is not a band I have ever come across before, but their unique take on well, everything, is a welcome breath of fresh air for those who despise predictability.

Final Thoughts: All over the place but with a foundation in crusty blackness, the Tennessee group will have something, or nothing, that appeals to all extreme metal fans.